One of the neat features baked into the new Visual Studio is the ability to run grunt and gulp tasks. This can be done on demand via the Task Runner Explorer or tied into build events.

Some simple steps for getting started with Grunt are: http://www.iambacon.co.uk/blog/getting-started-with-grunt-sass-and-task-runner-explorer-visual-studio

All pretty cool, if it works! If you’ve got a version of node installed be aware that Visual Studio also ships with its own. It took me a while to track down so thought it worth sharing. If you receive errors when trying to run these tasks eg:

Then try swapping the options so that $(PATH) is higher priority than the MS Web tools option: 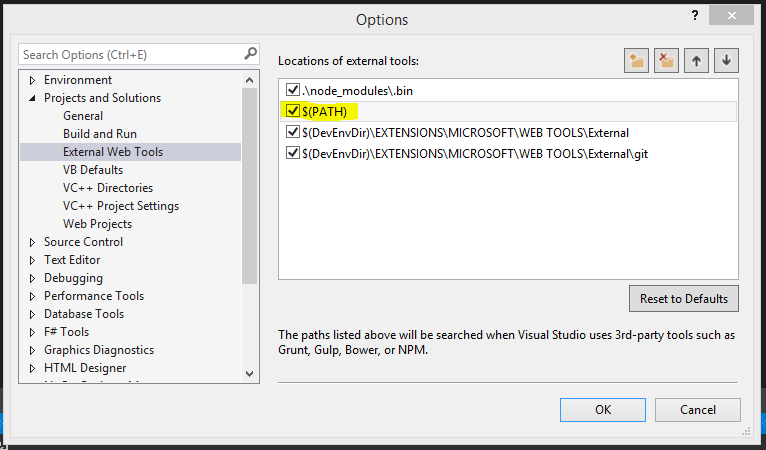 This was found with some help from: